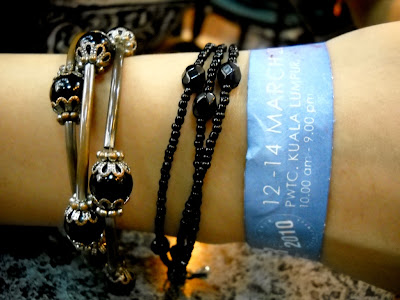 Main objective was to check if there were any good deals on return flight tickets to London/Manchester to attend bro's graduation this November. Excited, excited! 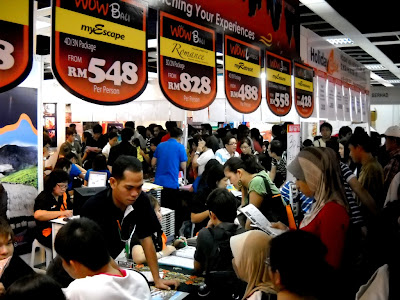 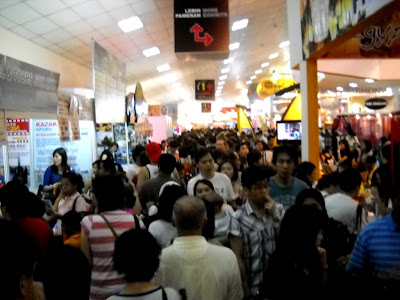 As expected, PWTC was jam packed with people. I just didn't know I would get irritated (slightly only) by the crowd =/ Fuse getting shorter. 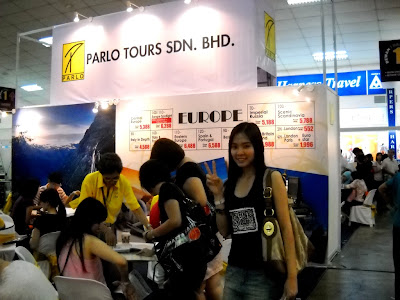 The cheapest air fare we could get was by Etihad Airways, which offered about RM 3043 for a return flight to London in November 2010. Or was it Manchester. Forgot d. Damn expensive sial. Apparently it would cost about RM 4k without promotion. Still .. RM 3k just for flight tickets. So broke :(

We checked out several air fare packages to KK as well since I will be going there on my birthday weekend. Sponsored. Whee~

Anyway, in the midst of me getting slightly irritated by the crowd, I was impressed by an art performance by a group of Koreans. 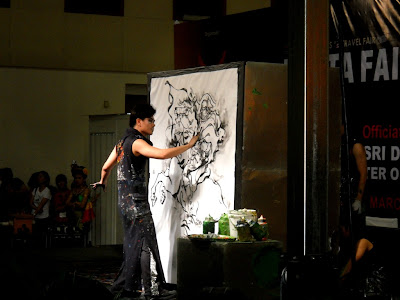 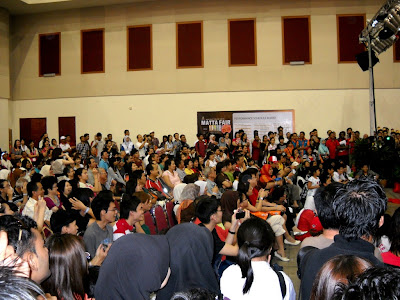 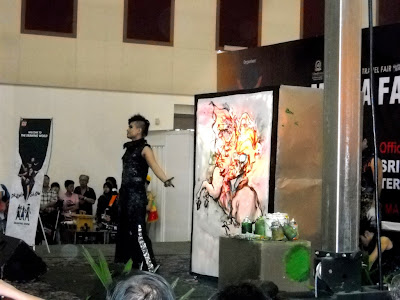 After that my mood was perfectly fine again. A good distraction, no? :) 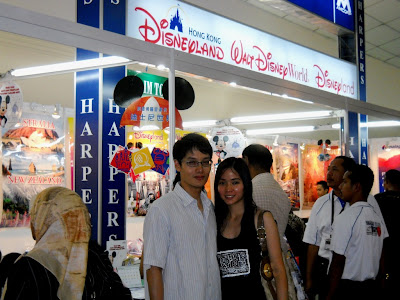 I should avoid places like this next time. Now teringin-ingin wanna go to HK Disneyland. And Hawaii. And Japan. And Bora Bora *hint hint hint :)

On our way out of the building also packed. Bleh. 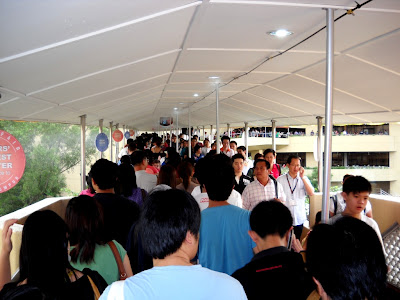 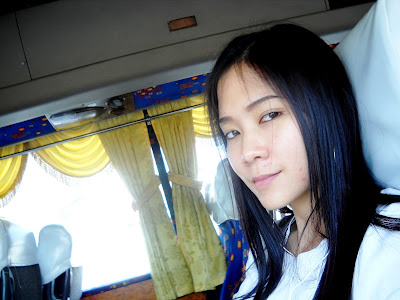 Email ThisBlogThis!Share to TwitterShare to FacebookShare to Pinterest
Labels: Events and Happenings, Travel and Living

wah..packed like sardines! I think there gonna be another Matta fair before ur bro's graduation?

Eh how come i didnt see that they have performance there? Definitely jam packed like mad...didnt really stay long..