I Won TWO Invites to the Screening The Descent 2!!

OMGWTFBBQ I won 2 invites to the Nuffnang screening of The Descent 2!!

The 100 most creative entries in relating "What would you be afraid to find in a deep dark cave?" win a pair of invitations to the screening, each, on 18 May 2010. 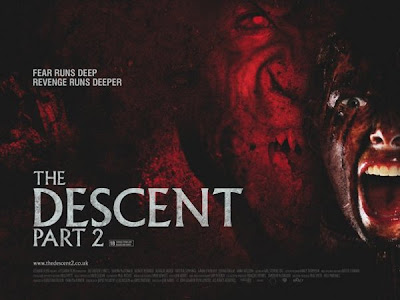 This was what I submitted back in April:
Being a lil claustrophobic, being in a deep dark cave doesn’t seem appealing to me. I’m not afraid of the cave, instead I’m exposed to a fear of what could happen to me should I be confined in a cave.
Also, being somewhat “visually impaired” when being in a DARK cave is dead SCARY, no? I shudder at the thoughts of having to step into any puddle/lake/stream/lower ground not knowing what you’ll be stepping on/kicking at, molest the rough cave walls not knowing what would happen to your fingers and being exposed to creatures with wings not knowing if they would poop on your head.
*shudder shudder
Really didn't expect to win cause I submitted it pretty late I thought the 100 most creative ones were spotted already. Happy! :D
Now that I have one extra ticket in hand, who wanna teman me watch?? :)

I already call to book ar. Don't ffk me. hihi

I'm stella, soon-to-be EE final yr student in utp. I heard employment statistic for EE students into petronas is not high. May I know what's your job scope currently in petronas? management or technical? What did you major in, during your final year?

Thanks alot, in advance. I still dunno what to major and it's course registration period dy >.<

hmm i guess it's true. there were about 20+ whom i know well in ee my batch but only 5 (myself included) were called back. the rest were released.

if u want to know more about my job scope, i think it's better for me to tell u through email. here's a lil too public :) i'm in the technical line btw but zero relations to what i studied back in utp. i took communications system in final year.

FYI, 3 out of 5 who got employed majored in control and instrumentation, one in computer systems and myself in communications :)

i sent you a msg via facebook. really appreciate your time =)