Inception - The Many Unanswered Why's

Inception. What is there to be said about the movie other than it’s mind-boggling? 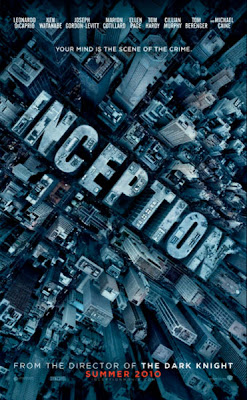 The movie definitely boggles my mind and puts it in limbo, thinking about it and trying to put the pieces together up until now -_-

To those who have yet to watch it, please close this page and proceed to the cinema. Spoilers ahead! And to those who had watched it, what I’m about to say here is something to think about.

First thing’s first. The big question mark on our heads the moment we left the cinema was:

Was Cobb still in his dreams when he was finally reunited with his kids?

The top spun and wobbled a little .. the suspense was definitely there, but it DID NOT STOP until the screen went black, leaving us wondering and pondering and asking one another why, why and why all night long; without getting the right answer.
But, is there one right answer to the conclusion of the movie? Or is it, as quoted by director Christopher Nolan, “It is whatever you want it to be. That's part of what I love ... it's up to interpretation”. 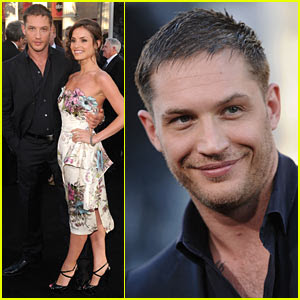 Charming Tom Hardy (Eames)
[bbroo] and I noticed a few details in the movie which actually deepened my interest to find out more (don’t know about him though) but before I start listing them, these are the dream layers:

Now, here comes the side questions:

1. Did anyone notice the kids were always in the same position, backdrop and outfit, be it in dreams, projections or reality? Does this mean they were not real?

2. How did all of them i.e. Fisher, Saito – end up in Cobb’s limbo (the world both he and Mal created) when they died in dreams? Why not in their own limbo?

3. In the limbo state, Ariadne kicked the bounded and gagged Fisher Jr down the balcony and later jumped off to give the kick to wake up. Cobb was supposed to look for Saito (Saito died in dream layer #3 and was supposed to be in Cobb’s limbo as well). But how come Cobb woke up ashore, still young when Saito’s way older WHEN both of them were supposed to be in the same limbo with the same time pace?

4. If EVERYTHING, right from the beginning till the very end, was all in Cobb’s mind, which means none of it was even real, where’s Cobb’s body since he was supposed to be asleep and dreaming? 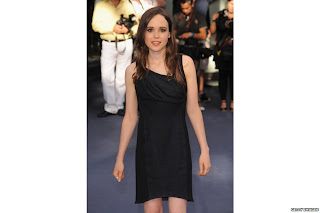 Ellen Page (Ariadne). Memorable in the movie Juno.
If Christopher Nolan’s idea was to create confusion in our mind despite being able to understand the flow of the movie, I think he had succeeded. Especially on me :|

Oh yes! Your questions are exactly what I wanna ask too......

I'm also wondering whether Cobb's in the same dream or the same scene since his kids, the clothes and everything never even changed!

That part was confusing...but overall, it's a really AWESOME movie, no? :)