Malaysia's Hottest Bloggers were once again invited for a food tasting session, and this time it was hosted by Eivissa Bar Paradiso. 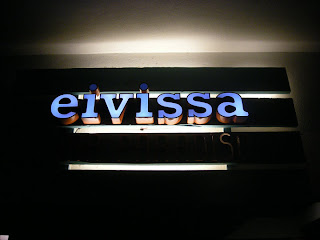 I realized I was quite lucky to be a part of this. So much good food my, my! How to achieve a hot body like this T.T 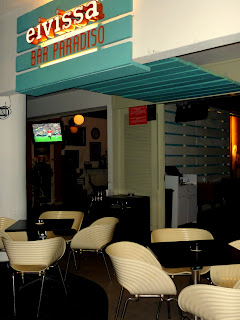 The whole concept of Eivissa is somewhat interesting - a chill out spot with IBIZA (an island in the off the coast of Spain, well known for it's summer club parties) style atmosphere and sunset vibe where I believe their tagline is "Everyday is summer at Eivissa" woot ~
There were five of us. Tim, the group's manager. 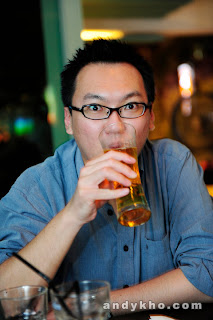 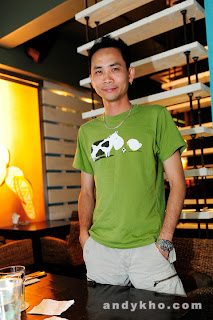 Michelle, the youngest member of MHB. 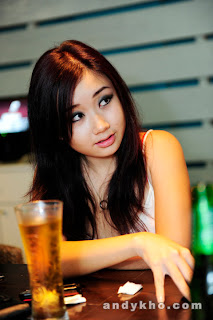 Sarah, the talented songbird. She sings really well. I sound like a frog whenever she's around -_-" 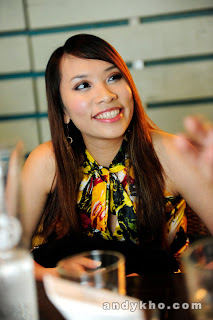 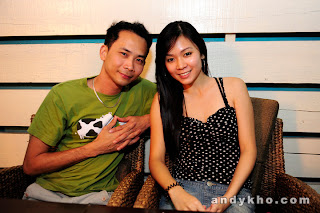 Andy and I
Beer was the first thing to be served. Their happy hour offer is as below:
RM 34.80 nett for a Carlsberg Jug; and
RM 24.80 nett for a Hoegaarden Pint. 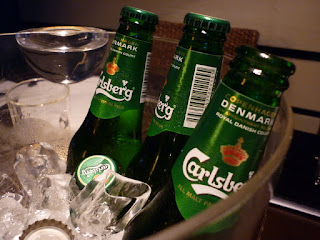 I didn't have any though. Was nursing a bad throat so I had mixed fruit juice instead. Boring? :)
Eivissa does not normally serve food, only BBQ on weekends, eve of public holidays and probably during EPL games. Public can request to hold a BBQ party though. Reservation's needed of course :)
As for this food tasting, Zoltan (from Hungary), the owner of Eivissa, BambooNINE and also HQnine, specially prepared some of his specialty for us. 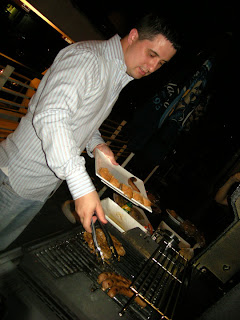 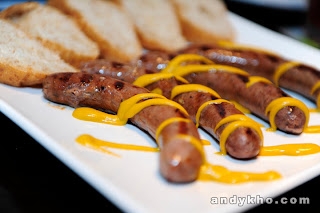 I don't normally take mustard cause it SUCKS but I must say, the sausages goes really well with mustard. I kept scraping my sausage bite on the plate for more mustard sauce lol.
We also had chicken sausages topped with mustard and served with baguettes (RM 9.80). I kinda liked it because it was so damn huge and fat. The sausages I mean :) 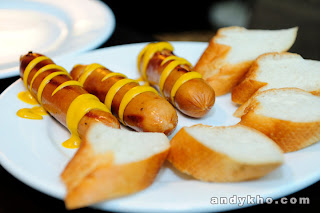 But unlike the beef sausages which had bits and tiny chunks of beef in it, this chicken one tastes pretty normal.
Next up. Rib eye steak with some homemade special sauce and cabbage (RM 20.90) 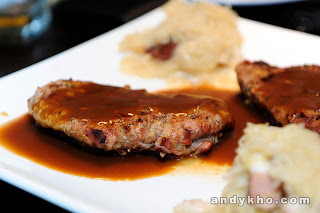 The special sauce, which Zoltan refused to share the secret to it, complimented the steak pretty well. I find the cabbage somewhat interesting. It's kind of salty and tasted like preserved vege but it's not =/ Quite addictive.
Last but not least, and also the crowd's favourite - Prime cutlets served with mushroom sauce and 7-corn bread toasted with extra virgin olive oil (RM 18.80). 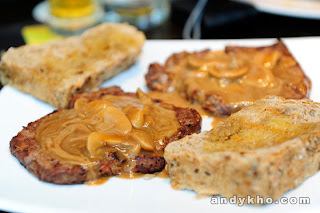 I loved this mainly because of the sauce and pieces of mushroom. Andy obviously loved the mushrooms too since he kept picking out the mushrooms lol.
We had a good time there, thanks to everything - the service, food, drinks and a very entertaining chat session with Zoltan after meal. The picture below says it all :) 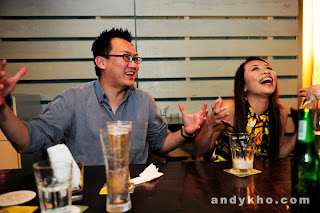 That's Tim and Sarah. They looked so cute wahaha :D 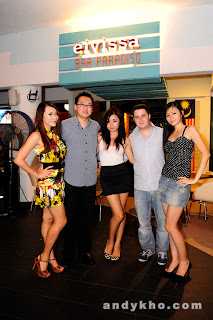 Group shot. Sarah, Tim, Michelle, Zoltan and myself. Andy was behind the camera.
Many thanks to Eivissa for hosting us. For reservations, kindly email Zoltan at g@barworks.com.my or drop a mesage or something at their FB fanpage. Click here for the map to Eivissa Bar Paradiso.
Picture credits to Andy, Tim and Michelle.
Next up - Redang trip ♥ 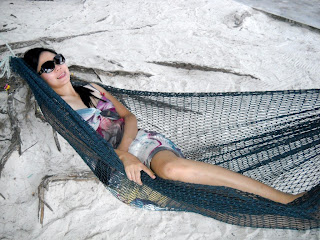 You have a great figure already. Just have to maintain it ;P