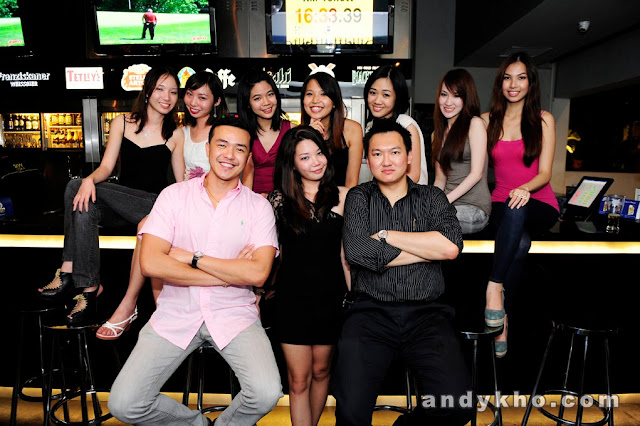 I missed the first anniversary party at Bakita as I was up in the highlands, screaming my lungs out at the theme park and was close to suffering from a heart attack at the casinos. At lease we managed to cover our expenses there :)

Then came our 2nd round of celebration (since when one is enough?), this time at Hoofed, TTDI. It’s situated right above the famous Tom, Dick and Harry’s. 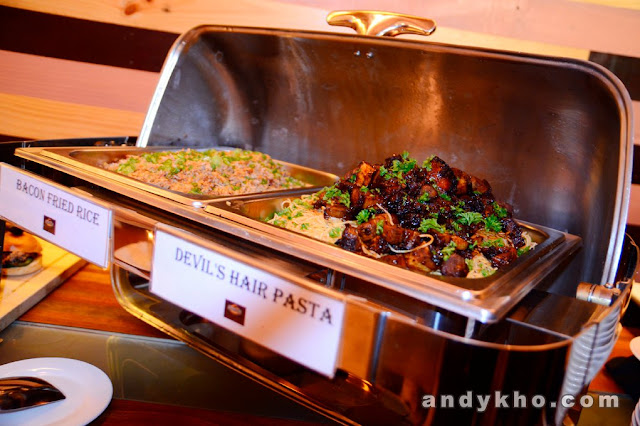 The Bacon Fried Rice stole all the attention that night, apart from their already famous Roasted Pork Belly. I was digging in on the Devil’s Hair Pasta when my nose twitched and so I looked over, spotting the fried rice on Alex’s plate. I stole a spoonful and wow, it was divine. The Bacon Fried Rice was very, very fragrant from the generous portion of bacon bits. It was well prepared, bacon bits were crunchy yet tender on the inside, and they blended well with the rice, making it a damn good combo. 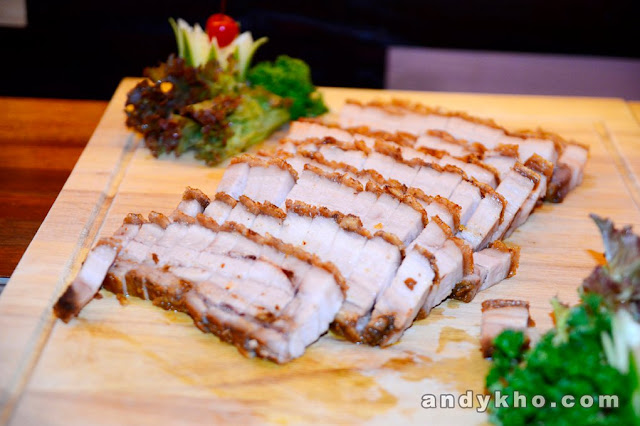 Hoofed was known for their Roasted Pork Belly since Day 1. I forced myself to NOT be a diehard fan of siew yok because they cause harm to my waistline (how disciplined, right) but I always give exceptions to good ones and that night, I easily had 10-15 siew yoks. And after all that, I was still craving for more but I didn’t scoop anymore sigh. 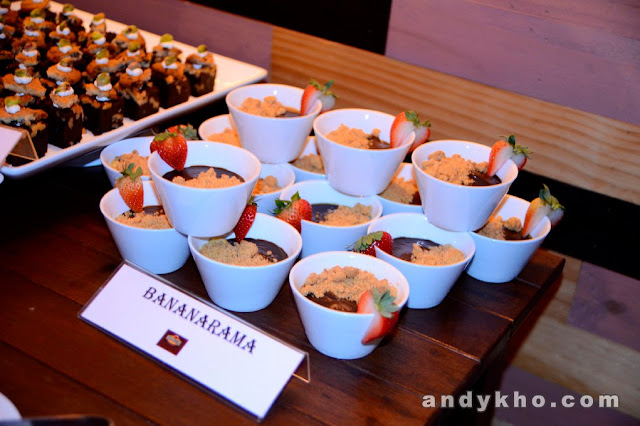 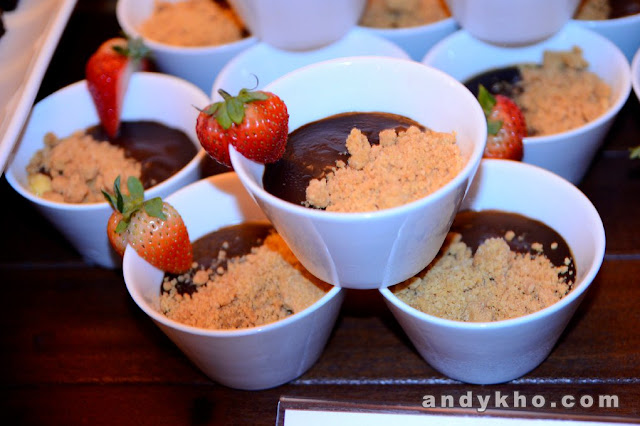 The dessert worth having is the Bananarama. Sinful yet so delicious and addictive, albeit a tad sweet. About an hour after we started dining, the Bananaramas were goneeee! I had only oneee! :( 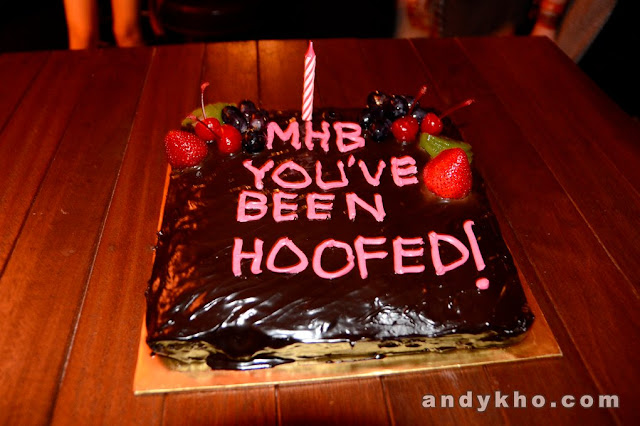 Hoofed was gracious to prepare a cake to celebrate the anniversary. If you’re a fan of chocolate, go for their Chocolate Brownies. Every bit of the Chocolate Brownie cake was chocolate-rich, and the brownie was soft yet crunchy from the almond (I think) bits. 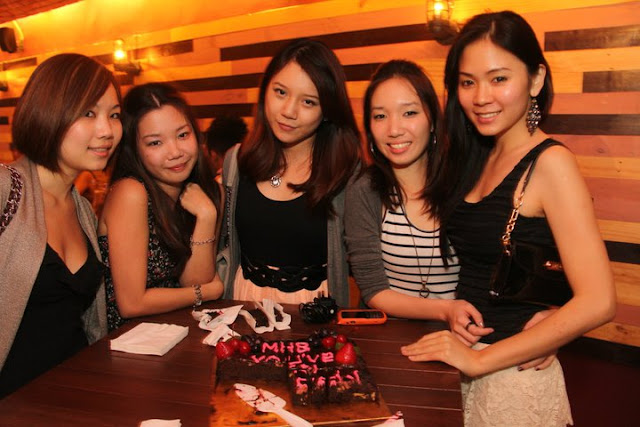 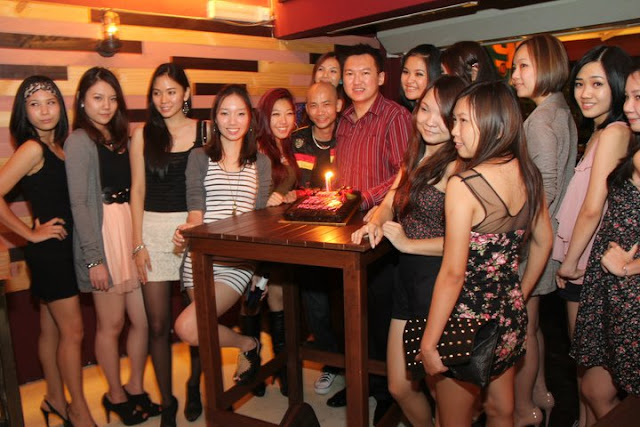 After a round of birthday song and many, many rounds of food and siew yoks and drinks and dessert, we graciously thanked Hoofed for their hospitality. 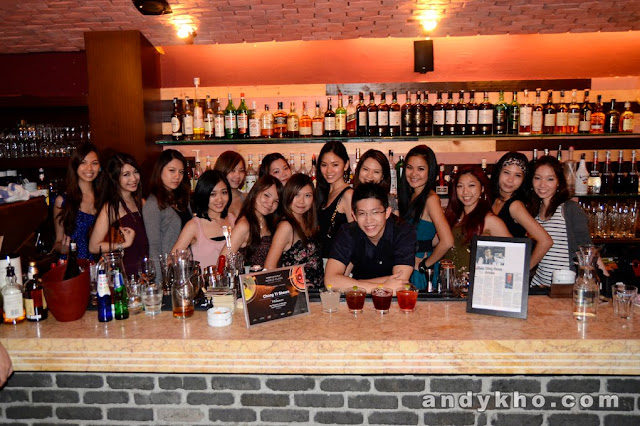 I then left for Phuture for Daren and Jeff’s birthday party. Didn’t plan to drink much that night but I ended up playing a drinking game with Roy, Angel and Alex that I got pretty whooped cause I kept losing!

Fun night indeed, crashed at about 0300 hours and got up past noon, famished. Had kai si hor fun at Choong Thoong Kee, TTDI before heading back for some cempedak while watching CSI. Spent the rest of my Sunday at Ming Room, Bangsar Shopping Complex for Daren and Jeff’s birthday dinner which, the 7-course dinner plus a few starters cost RM 1200++

Expensive dinner. The only dish worth mentioning was the siew yok (siew yok again dieeeeee), which wasn’t even part of the 7-course dinner.

I had an awesome weekend. What about you? :)