I consider myself an avid follower of fourfeetnine’s blog, especially during her pregnancy drama. It was then when I came across her loving husband’s blog – when he wrote about the mental and physical struggles throughout the entire ordeal.

It was so touching I teared while reading it in the office wtf luckily no one noticed.

One day I was so bored I didn’t know what to do (when in fact I had loads to do i.e. study for my upcoming assessment shit I’m screwed) I went into timothytiah’s blog and found myself getting hooked on his series of “Things shorty & fatty say”.

I read all 276 witty entries (to-date) and I had this very reminiscing feeling throughout, and I imagined how nice it would be to revisit such priceless memories and silly moments, many many years down the road.

(When I first got into a relationship with my current other half, I referred him as Geeky on this blog, to keep him anonymous but my effort was futile lol since almost everyone knows who he is already)

So Geeky made it clear he’s not so much into social media so I guess I would have to be the one doing this. Of course, it would be ideal if he were to do it instead *hinthint

#1
Geeky made breakfast and the menu today is pork ham omelette sandwich. I never liked bread crusts so 9 out of 10 times I’ll peel it off. As I was minding my own business .. 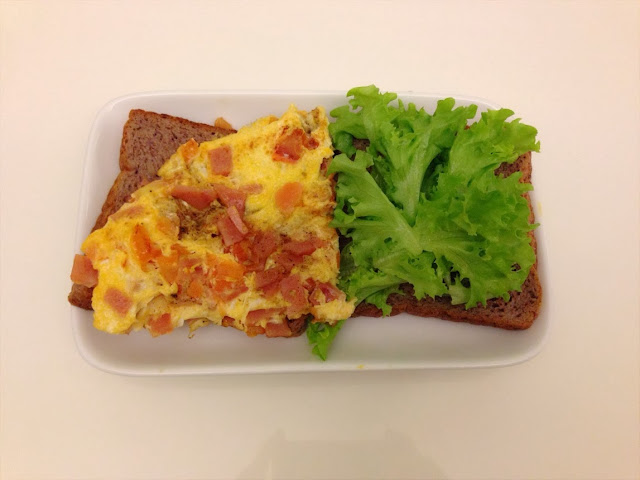 Geeky: Wei, don’t waste food! Who’s gonna eat that?
Me: You.
Geeky: No, you eat that. Think of the hungry people in Africa.
Me: *peels crust faster
Geeky: Wah I mention people in Africa and you do it even faster!

Me: Ahh my favourite part of the sandwich! Save the best for last hehehe. 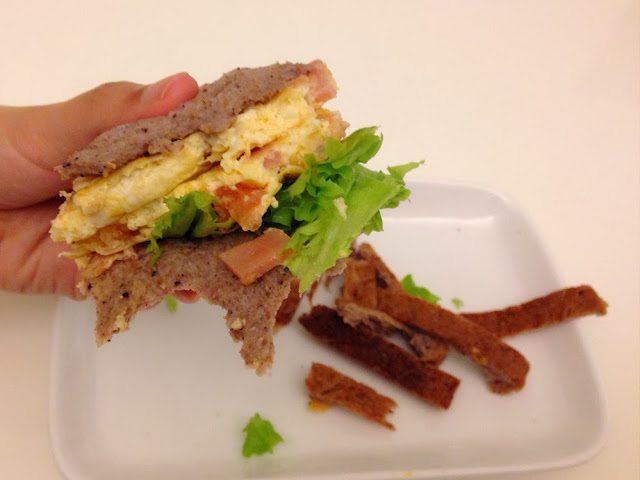 Geeky: COME COME LET’S SWAP!
Me: NO this is mine! Go away!

Email ThisBlogThis!Share to TwitterShare to FacebookShare to Pinterest
Labels: hesaysshesays